You are here: Home / About P.M. Castle

P.M. Castle has worked more than 40 years as a newspaper reporter and editor in western Colorado. He’s worked more than 20 years as editor of the Business Times, a twice-monthly business journal based in Grand Junction. His freelance work has appeared in diverse publications, among them the Washington Post.

He’s received awards from the Colorado Press Association for news coverage and photography and was named the U.S. Small Business Administration journalist of the year for Colorado and SBA District VIII.

He holds a bachelor’s degree in journalism from Colorado State University, where he also worked as news editor of the student-run Rocky Mountain Collegian. 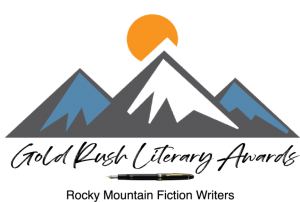 He’s a member of the Rocky Mountain Fiction Writers. He won the mystery and thriller category of the 2020 Colorado Gold Rush Literary Awards competition conducted by the organization.

P.M. Castle lives in Grand Junction, but travels as frequently as he can for scuba diving excursions. He especially enjoys diving the three Cs — the Caymans, Cozumel and Curacao. He holds certification as a master scuba diver.