You are here: Home / Storytelling / Fun can be a funny thing 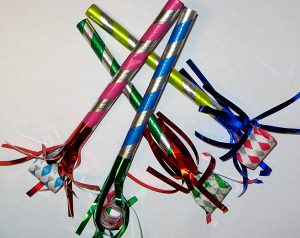 I’ve often wondered about the nature of fun.

What is fun, really? We’re constantly encouraged to have it. More than a barrel of monkeys, if possible. Work should be fun. Weekends should be fun. Theme parks should be a whole lot of fun. And wedding nights … now those should take fun to a whole new level. Even if it isn’t supposed to be all fun and games, life clearly should include at least some fun. At least that’s the message.

Google “fun,” and the same terms show up: a source of enjoyment or pleasure, an amusing diversion. Yet, an image never accompanies the definition. Now, Google digestive system and follow the route from esophagus to rectum. Google warthog and take a good look at the wild African pig, wartlike protuberances and all. Fun, however, can’t be illustrated in a diagram or captured on film — or explained in a few words, for that matter.

An ephemeral thing, fun creeps up when least expected, tweaks a nose and then disappears without a trace.

Don’t look for fun in the obvious places. I’ve already tried, and it’s seldom there. As a child, I searched candy aisles and amusement parks. When I was a bit older, I was certain I’d find fun at Disneyworld. What I found instead was too many Snickers upset my stomach. So did roller coasters. Disneyworld was fun, but also required waiting in lines. A lot. Older still, I looked for fun in bars. I recall fragments of my 21st birthday and drinking something that was orange and served in a pitcher and set on fire. Big mistake. Huge. And definitely not fun.

Fun is funny that way. Because places and activities considered dull, even dreary, turn out to be fun. I’ve had fun listing the principal exports of Brazil on a geography test. I’ve had fun at the office on a Monday afternoon. I inhaled so much nitrous oxide during one visit to the dentist, I giggled my way through a root canal.

Most often, though, I’ve had the most fun when I wasn’t trying to have any fun at all. The realization took me by surprise. I remember summer evenings spent riding bikes with friends in the small town in which I grew up. We didn’t have any plans or destination. We were just pedaling and talking until darkness fell and we had to go home. The start of school seemed like a million years away, and the summer break stretched ahead in an endless succession of carefree days. Everything just felt right.

These days, I experience the same feeling of contentment in scuba diving with my family or catching up with friends at a coffee shop — or, on those rarer occasions, writing a well-turned phrase. Neither a picture nor a thousand words quantify the pleasure of those moments.