You are here: Home / Home Slider / I treasure stories about treasure hunts 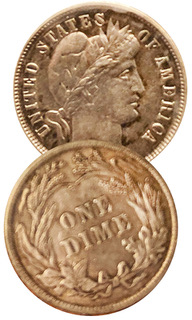 The story that invariably first comes to mind was told by Robert Louis Stevenson in “Treasure Island.” What child — or adult, for that matter — can resist reading about Jim Hawkins, Long John Silver and the search for treasure buried by the infamous pirate Captain Flint?

Mark Twain told what I consider an even more compelling story in the “Adventures of Tom Sawyer.” Twain combines in his novel a murderous plot and treasure hunt, both of which are resolved in sometimes humorous and sometimes dramatic fashion.

Treasure hunts also feature prominently in works by everyone from Edgar Allan Poe in “The Gold Bug” to Ernest Cline in “Ready Player One.”

I knew I wanted to tell my own story about a treasure hunt the moment I aspired to write a novel.

As if looking for a cache of stolen loot hidden in northwest Colorado by the outlaw Butch Cassidy wasn’t enough, I wanted to raise the stakes even higher. I took advantage of an actual mystery in the fate of some of the rarest and most valuable coins in U.S. history. Of 24 dimes minted in San Francisco in 1894, only nine are known to exist. What happened to the other 15? What if two of the dimes were included in the mail stolen in a train robbery? By the way, an 1894 S dime sold at a recent auction in Chicago for more than $1.3 million. How’s that for treasure?